Someone tweeted this link yesterday (sorry, I can’t remember who or I would give credit!). It’s a gallery of photos from the New York Times of Barack Obama’s inner circle plus audio commentary by the organizers, with backstory on most of the participants. I was struck by the variety of people, the variety in their ages, their backgrounds – and their poses. And while I am not a huge fan of photos set up on stark white backgrounds, I see their point in doing so – it really shows the differences between all these amazing folks who are poised to make history.

My cheeks broke open into a huge grin when they started talking about Senator Ken Salazar arriving with his cowboy hat in hand. He is famous for that round these parts.

Of course, seeing this, I had to go digging for MY portrait with Ken Salazar. It was much more informal, when my business partner and I won a congressional award for the type of grants we receive. We were able to meet the Senator at his office in DC and spend about 10 minutes with him.

He was friendly, personable, thoughtful. My business partner, whose son was 17 at the time could not help but ask him about the draft and the general state of affairs. This was 2006, mind you. Senator Salazar touched her hand and told her the story of a friend whose kids were packing for a trip to Europe and decided to put Canadian flags on their backpacks to hide the fact that they were American. He had the most poignant look on his face and said, “things need to change.”

I am so proud of the role Colorado played in this election. From the DNC to all that grassroots work to being a swing state to Denver County voting for Obama 3 to 1.

On election day, Bryan and I volunteered at an Obama office in one of the roughest neighborhoods in Denver. But that’s not what we saw. We saw people walking around with pride. People coming together. People talking about the future. Joy. Peace. Love. All that stupid stuff wrapped up with a determined purpose to TRY. It was fucking awesome.

I can’t wait for Tuesday. 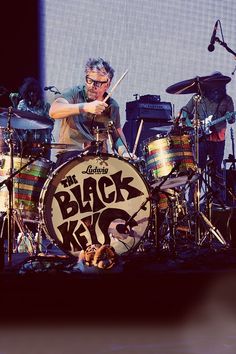