I’ve talked a lot recently about what a punk Declan has been. In fact, today over at Mile High Mama’s I talk about some of the tough (and some of the lovely) moments from our Ireland trip that went hand in hand with dragging a near 7 year old all over a foreign country.

But, I can see glimpses.

This weekend, we hung out with some close friends down south near Chatfield Park. Local favorites Opie Gone Bad were giving a free show, and we had settled into the grass with hundreds of other families to enjoy the last snatches of a summer sunset in Colorado.

And then you could see it – the first strings of discord. One kid took their ball and ran away for a while. Then he came back, but wouldn’t return the ball. Then he edged away again. Our boys asked repeatedly for their ball back to no avail. The ball stealers thought it was all some grand joke and started running around and throwing the ball this way and that, eventually ending up on their side of the field and playing toss with their big, burly father.

Our boys were discouraged. They ran back to us, complaining. They had asked, then demanded for their ball back and the other kids WERE NOT BEING FAIR. You could see frustration etched on all four boy’s faces, who – if you lined them up – would cascade like Russian dolls from Declan on down.

I was very, very, very close to walking over and solving it for them. Especially after watching the dad take the ball and never question its origins, never wondering what child was missing it.

But, I turned to Declan and said, “You’re the oldest. Can you go ask for the ball back?”

And damned if he didn’t.

He actually had to force his way into the man’s line of sight, make him pay attention, and explain no less than 3 times that the ball did not belong to them and he wanted it back.

I know, because I watched. Watched him gesture with his hands flip flopping around just like his mom’s do and his brow furrowed with nervousness.

But the man finally stopped twirling the ball around and listened. After a pause, he reluctantly handed the ball back to Declan.

Have you even noticed how asshole parents raise asshole kids?

But then my kid turned about and burst towards us with a triumphant face, grinning ear to ear. He tossed the ball to Vaughn and plopped down.

And as we told him how proud we were of him, he whispered, “Wow, I felt just like a grown-up.”

This article has 19 comments 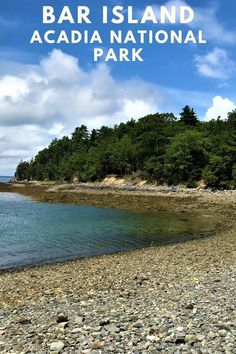