Last Wednesday, a year ago, I signed the papers to sell my company.

Thursday, I got on a plane to Austin for SXSW.

By Friday, my ear started hurting.

On Saturday, I visited the ER and they sent me home with lots of medicine for a bad ear infection.

That Sunday, very early in the morning, I went back to the hospital, and all hell broke loose.

The previous doctor only had seen one of the three ear infections now ripping through my head. Inner, Outer, and, most importantly, into my mastoid process.

I could tell they were freaked. They kept asking me all kinds of crazy questions while they shoved a needle full of morphine into my arm.

During the time between my two ER visits, I ruined three large-size hotel towels from the blood running out of my ear. Three. The call to housekeeping that day was what you might call… awkward. I am sure they still talk about the ax murderer who was in town for SXSW last year… before she just vanished.

Seeing as I never returned to the hotel. I stayed at in the hospital for 5 days, and also had emergency surgery to keep the infection from exploding my brain.

I feel so dramatic when I tell people this all was very life-threatening, but the truth is… it is a miracle I made it through. It ended up being Strep-A, which sounds benign until you attach the other things you need to know… Necrotizing. Flesh-eating. The one that killed Jim Henson.

The surgery I had in Austin was also a stop-gap to allow me to fly home, and prepare me for one, maybe two or perhaps even three more other surgeries later.

From an infection in my ear. I still can’t believe that.

My first appointment with the specialist in Denver turned into a flurry of activity as well, when tests showed *something* was moving around in my ear.

Best case scenario: Another section of the infection was erupting into my ear.

Worst case: My skull had fractured and my brain was leaking.

Brain and leaking are NOT words you want pulled together when you have just had emergency surgery in a strange city, made it home, hoping to turn the corner – only to have the door slammed in your face.

Luckily, it was the former. Only the infection pumping around at full speed inside my ear.

Which meant MASSIVE antibiotics, threat of a PICC line, and a possible immediate surgery to scrape out my mastoid process.

I spent April, May and June taking so many drugs, my regular accoutrement of medications felt very inferior.

But I did it. I managed to get rid of the infection. We let things heal for July and August, but knew the hole in my eardrum was just too big to avoid. Let’s face it, there was really nothing left.

So in September, I went back under the knife – feeling proud I managed only have ONE more surgery – to rebuild by eardrum from behind. My scar runs the full length of my ear and is nearly invisible unless you touch it. I often rub it for luck.

In some ways, that surgery was almost harder than any of it. Perhaps because I expected to bounce back quickly. I should have learned by then to never underestimate how much the ear controls your health. Your balance, your pain, your ability to navigate this world.

I was out for the count for another two months. The lack of movement made me so stiff, I got sciatica and now get ongoing massage therapy. I stretch a lot. And before you suggest yoga, people must walk before they run. I really appreciate when people say I look younger than my nearly 42 years – but I feel much, much, much older. In my bones, at least. And in my ear, which now sports a hearing aid.

This year has aged me. And taught me.

Health is the most valuable thing we possess. Without it, we have nothing.

I fear Declan will remember long periods of me sleeping. Just sleeping.

But I also know my family and friends are there for me. They support me. They love me.

And I am ready to leave this year behind.

This article has 42 comments 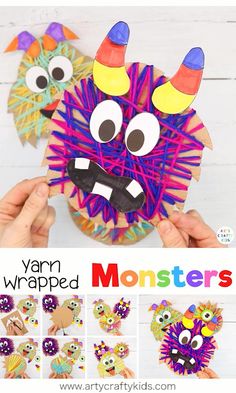 You can never have too many photos of palm trees.

I hate guns. I hate gun violence. I stand with @Ev

Happy 25th anniversary to us! Love you with all my