Everyone has their own signal that the holiday season has started. In Denver, it’s Not So Silent Night with KTCL. I don’t know how he does it, but DJ Nerf puts together a fantastic lineup every year and 2015 was no exception.

Photos from 2015 Not So Silent Night in Denver:

AMZY, the winners of the 2014 Hometown for the Holidays (HTFTH) contest, opened the show and nearly knocked the crowd out both with their performance as well as a 12-foot tall beach ball. All the guys in this band are friends, and I couldn’t have been more proud to watch them absolutely kill it in front of thousands of people.

The Airborne Toxic Event had major sound issues… so bad that the feedback up front while we were shooting the first three songs was pretty painful. I love this band though, and they remain one of my favorites live, even if they were having an off night.

I saw Cold War Kids for the first time at Riot Fest, and then liked them even more at NSSN. They seem more comfortable in the dark, which makes for a fun, moody performance of rowdy rock and roll. (P.S. At Riot Fest, Matt Maust from Cold War Kids was wearing a vintage Peter Gabriel shirt. Just FYI.)

And finally, Bastille. Honestly… blown… away. Another one of those times when you like the band 100 times more after seeing them live. Dan Smith entered the arena from back and worked his way through the crowd to the front, singing the whole way while causing massive cardiac arrest among most ladies present. (To the one who pushed me off the riser while I was trying to photograph this, THANKS.) Depending on your perspective, it’s a happy or sad coincidence that the stage was set up so that photographers really only had good access to shoot Dan, but nonetheless, they all sounded awesome and were an amazing end to an amazing night. (Here’s video of “Pompeii,” their last encore song.)

If you would like to see ALL my photos from Channel 93.3’s Not So Silent Night 2015, here is my complete Flickr set.

Note: My photo pass was provided by AEG and KTCL Channel 93.3. Tickets to the event were purchased by me, and all words/photos are mine. © Aimee Giese.

Hometown For The Holidays Photos 2017 #HTFTH 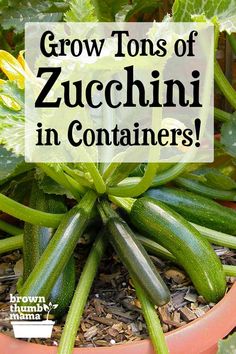