I have been a concert photographer around Denver for about eight years and it's been an amazing ride. I love photographing every kind of band in every kind of venue - and I have even started traveling to do it. Here in Denver, we have…
Read More >>

Do you remember where you were during Live Aid in 1985? I understand this dates me, but I was 15 and glued to the television. As much as it pained me, I was too young to attend the American concert in Philadelphia. But I knew who Midge Ure was even then. In fact, Ultravox's "Dancing With Tears In My Eyes" remains a favorite song till this day. And, of course... OF COURSE... "Do They Know It Is Christmas?" is my all-time favorite holiday song. (Band Aid was co-formed by Midge Ure and Bob Geldof.) The idea of music bringing important messages around the globe is something that has inspired me, my entire life. On top of his other talents, the man is a kick-ass photographer as well. So when I saw that Midge Ure was playing a small stop in Denver from his festival tour with Howard Jones, I pretty much beat down their door asking to shoot the show. The Soiled Dove is an intimate venue downstairs from a bar and restaurant in east Denver. I like attending shows there because the acoustics are great and there really is not a bad seat on the house. Such was the case for Midge Ure, where my friend Sam and I were one row up, able to see and hear perfectly.
Read More >>

Everyone is posting their first-tweet and who-followed-them-first in celebration of Twitter's 8th birthday. Mine was a very benign "what is this thing about" type of comment in 2007, mainly to follow all the people I knew in Denver who had joined. All these years later I have found so many real (and imaginary) friends via Twitter, here in Colorado and around the world.
Read More >>

Well, actually I am proud to call these guys old friends. At least relatively, since I am decrepitly aged enough to be a mother to most of them - or at least an aunt, or big sister? (Let's not go there.) But clearly My Body Sings Electric will be making lots of new friends this year as their new album blows up.
Read More >>
The funny people of Twitter are so hilarious, they often keep me up at night laughing. Here are some great tweets from comedians and/or just all-around awesome men and women in 140 characters or less. Here they are in no particular order other than it…
Read More >>
I haven't done a Pinterest post in a while. And now, with its explosive growth and controversy, I am sure you have all at least heard of it, right?I am that freak who checks Pinterest before bed or else I can't sleep.Want to see why?Who…
Read More >> 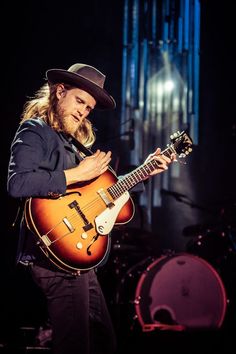