The last two weeks have been a flurry of flights and European cities. I attended the Web Summit in Lisbon for the first time, a conference where the world's tech community comes together to exchange ideas. I was there by myself, which was a bit isolating and overwhelming, but also afforded me the chance to speak to people from all over the globe. In the middle of all this was, of course, the election. To say I am shocked and saddened by the outcome is an understatement. More to the point, I am still in the denial stage of grief and only since returning home have I started to even process what happened. I was at dinner with a friend and several of his friends the day after the vote. It's important to know that all the men present were pro-business and while not necessarily pro-Trump, were definitely anti-establishment. They saw the election as a way to shake things up - and I came to see that side of the argument. What I still can't wrap my head around is how Trump (or "He Who Shall Not Be Named" as many of us are now calling him) is the person to do the shaking. Unless you want the vibrations to be racist, misogynistic, bigoted and from a place of poorly-run businesses. One of the men asked me, "How then, do you think, did Trump win the election?" "White supremacists." His jaw dropped at my answer, and let me explain. If you look at the numbers of who voted for Trump, it was vastly white people. While I don't think all those voters are racists in the traditional sense of the word, in that they would deny someone a job or call a person names because of the color of the skin - that is exactly what they did with their vote. By overlooking Trump's many, many, many, many, many comments and actions in that direction. By not being concerned about how others would be treated in a Trump presidency.
Read More >>

Last week, we celebrated our 20th wedding anniversary. Many people say this, but it feels like just yesterday *and* forever ago - all at the same time. We married here in Denver, a little while after we moved and it's fun to think about how young…
Read More >>
I don't remember much of 2011. I randomly caught a very serious ear infection during my annual trek to SXSW in March... and poof! There is really nothing left from that year. I spent most of that time in the hospital, in doctor's offices and…
Read More >>

This blog is a decade old. Seeing as my son is almost 13, he is has grown up online - at least in these archives. It has been an interesting learning experience for him, and us, as he's grown. I used his real name when…
Read More >>

This is probably going to sound very self-pitying and whiny, but trust me, I am grateful for my life. It's just that things have shifted so greatly over the last few years, it's hard not to be reflective. Given our work and hobbies, not to mention the kid, we've had friendships that cross into several different groups of people. Primarily, for me, that has meant mom bloggers, musicians, tech/social media peeps and PTA parents. Our connections within those groups swelled so much that they crossed over within each other and life was pretty frenetic. Almost every single night there was one, two, three or more possibilities for going out in any one, two or more of these areas. Foursquare was roaring because you could check in, and regularly find out a friend was not only nearby, but often times was in the same bar. If I went to see a local band, I could expect to know many people there. Heck, we used to run into people, all the time, all over.
Read More >>

We have been up at Keystone for almost a week now but it feels like a year. We really needed a vacation. While this has been a sponsored trip, we have just relaxed. You know that kind of relaxing? Where you *literally* cannot remember what day it is? I only know it is Thursday because on Tuesday my whole family SWORE it was Thursday and we all checked our devices to make sure. Today is Thursday. I am almost positive. Humans clearly created vacation to give their mind a rest. Even if we are doing non-restful things (like in the case of Bryan, who has been snowboarding his brains out), sometimes we just need to remove our brain from everyday life, do something different, think about other things. That way you appreciate where you are while vacationing, but also appreciate your regular life more too.
Read More >> 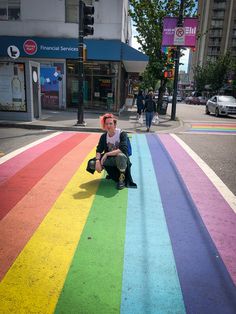 @bleachersmusic at @missionballroom - I looked for

Loved finally being able to see and photograph @th

RUN to see @sleighbells whenever you get the chanc

Halloween 2021 was one for the books. Such a fun n

Photos of our pals @citra_band from earlier this s