OK, I have had a good night’s sleep, I am rested and ready rumble! And by rumble, I don’t mean pick an argument, I mean have a cool 50’s face-off like the Soc’s and the Greasers that ends with everyone having a little better understanding of Ralph Macchio and C. Thomas Howell.

As I mentioned yesterday, the extended breastfeeding documentary caused quite a stir on my mom’s board.

Now, first, I want to say VERY CLEARLY, as I have said in my other breastfeeding posts, that I am pro-breastfeeding. I wanted to do it. I also feel like it’s is a family’s choice as to when to stop breastfeeding… but LET’S BE REAL. That means 2, maybe 3 or MAYBE MAYBE MAYBE 4 years old depending on the circumstances. Certainly I put forth those ages as MY OPINION, but guess what! This is my blog! But I have a feeling most of the country agrees with me on that one.

A friend on my mom’s board quoted the work of Dr. Katherine A. Dettwyler, who believes the natural age to wean children is age 2 to 7. SEVEN. My friend and I got into a bit of a tussle when I had issues with this statistic. For several reasons.

First, no disrespect to Dr. Dettwyler, and clearly I need to do more reading on her work if I am going to mouth off, and this may not even apply technically, but since when has that stopped me, but why does she say ages 2-7 is natural? What is her research based on? Is it from current research? Is it based on 100 years ago? Anyone familiar with her work, I honestly would like to know. And why is the work of one person being held up as the Golden Rule? Why hasn’t the American Academy of Pediatrics embraced this standard?

And this statistic supports a higher age of extended breastfeeding though modern society does not. So, to Noble Savage’s point that the video was made to be inflamatory – you are right. It got my attention. I wouldn’t give a rats ass if that kid in the video was 3 years old.

As I mentioned, I can see age 2, and even age 3 and even maybe 4 but beyond that there is a time where a parent should be teaching a child what the boundaries of their bodies are. Way back in the past where there was not a grocery store on every corner there was an evolutionary need to breastfeed later, but honestly, it is one of my pet peeves when people live in a modern world and do not adhere to modern norms, and claim “it’s natural.” Sure, it was natural when there were cavemen running around, but so was pooping on the ground. (Um, that comment really pissed my friend off, so it is sure to piss you all off, so – have fun with that.)

And as a few of you commented on in the last post, the crux of the issue seems to be nutritional. Sure, we all know breast milk is the super food to end all super foods. But REALLY? To my way of thinking, a mother of a child that age might spend a little more time working on getting better food in their child’s diet and teaching them how to cook (because, at age 8, they can be not only helping cook, but helping plan the meals and understanding what and why is nutritious about it) than allowing a girl that age to suckle her breast. And sure, the child is asking for it, but a child would ask for the moon if they could.

Clearly, at that age, it is a comfort thing, not a nutritional thing and there are a gazillion and one other ways to be close to your child, both physically and emotionally.

To me, it is all about BOUNDARIES.

Personally, I think one main goal of parenting is a process to raise kids who are self sufficient, and that the relationship should evolve over the childhood years where the kids are breaking away from the parent and any parent who is still breastfeeding at age 8, a girl two clicks away from her period, mind you, has attachment issues of their own, as well as not being strong enough to stand up and give their child appropriate boundaries.

As a child of a father who was without boundaries, this is a very touchy subject for me, I will admit. So maybe I feel stronger about it than I should. And certainly, I do not think that woman is molesting her child. My point is, I believe what they are doing is crossing a boundary, that, with girls that age, should not be crossed.

This article has 61 comments 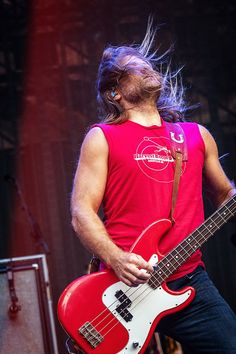