The lovely Smiler tagged me for this meme last week and I have been struggling how to post it because the first question is actually something I have been wanting to talk about for a long time. Something that is known at my workplace as a “Johnny Cougar.” Something which came from a former coworker and friend, Mamalicious. She’s from Indiana (i.e. the birthplace of John Cougar Mellencamp), so we’ll just leave it as that as to why it’s actually called a “Johnny Cougar,” but a Johnny Cougar is “something about yourself that people who know you fairly well would be surprised to learn.”

Some examples: Mine used to be (about 10 years ago) – when I was more in the closet about my junky pop culture habits – that I avidly watched the show Dawson’s Creek… or… One former coworker who could literally be an apprentice to Martha Stewart in all things (food, decoration, making cookies – the works)… well, she used to sing backup in a reggae band… or… One coworker who can’t stand to have her photo taken (EVER) apparently flashed her goodies during a gay pride parade in New York…. And Bryan? Well, Bryan has a red blotch on his arm that is actually a hickey that he GAVE HIMSELF. Yes, he sucked on his arm for an hour when he was 9 just to see what would happen, and the damn thing never went away.

Many times, you yourself cannot decide if something is a true Johnny Cougar. Johnny Cougars invariably come out at our Holiday party, the old stories are swapped, and new people start sharing goofy things about their past. Tidbits are discarded by the group as not good enough, or accepted as the official Johnny Cougar for that person until a better one is discovered at some random time. All the while, people are laughing their ASSES off. (Seriously, try it. Major icebreaker.)

But here is my dilemma. Ever since Dawson’s Creek ended (sob), I haven’t had a proper Johnny Cougar. Probably because I share every damn detail about my life and nothing is surprising anymore – but that’s neither here nor there.

I am hoping this meme might uncover something worthy of a new Johnny Cougar. Doubt it. But you be the judge.

Name six guilty pleasures no one would suspect you of having:
1. I drink from the 2L Diet Sprite bottle directly. Of course, I am the only Diet Sprite drinker in the house. But visitors beware.
2. I pick my teeth with business cards. Unfortunately I designed the ones for my company to be too thick for this purpose, dammit!
3. No matter how late I am up, I read for a little while before bed. I clears my head. But it’s not good books. Usually it’s crap crap crap books. Or Harry Potter. Easier to clear your head with.
4. I have a love/hate relationship with the hairs on my chin. I hate that they appear, but I love plucking them. Sometimes I act like a sword fighter and yell “en garde you leetle bastard!’ before I go in and rip them out mercilessly.
5. Sometimes I find really silly, cheesy uptempo songs and listen to them over and over and OVER. I love to find ones that just lift my mood. Right now I am stuck on Har Mar Superstar’s Transit.
6. I love to look in people’s windows when we drive around at night and their houses are all lit up. I make up stories about their lives and imagine what’s going at that moment in time for them.

Name six guilty pleasures you wish you had the courage to indulge:
1. Singing lessons.
2. Scuba lessons.
3. Cheese lessons. This sounds stupid and I will probably actually do it someday, but I want to learn more about cheese! Cheeeeese, Gromit!
4. A tattoo. But not really.
5. A book of my nature photography.
6. Learning all the names of the flowers in my book of nature photography.

Name six pleasures you once considered guilty but have now either abandoned or made peace with:
1. Overeating. Major source of trauma in my life, symptom of emotional upheaval and trying to fill myself up when other parts of my life was empty.
2. My photography habit. I take lots of photos. So what.
3. My music habit. I buy lots of music. So what.
4. My movie habit. I watch lots of movies. So what.
5. My blog habit. I read lots of blogs (not so much this past week because life was crazy). But, so what.
6. Making time for myself, i.e. #’s 2-5 plus my Thursday Nights. I get almost every Thursday night to do whatever I want (Bryan gets Tuesdays) and it makes me a better person and a better mommy.

As for who to tag next, I am supposed to tag 6 people, but I am rule-breaker.

I TAG ALL MY NEW NABLOPOMO FRIENDS!

Because it’s been lovely meeting you all. I have been a terrible blog friend (well, to EVERYBODY) this week, and I promise to try to catch up with everyone when things slow down over the holiday. I really have appreciated seeing you all here.

P.S. 30 Days of Thanks
I am thankful for Fussy starting NaBloPoMo. It’s been really awesome! 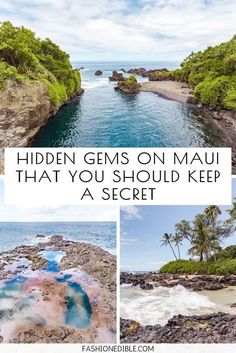